Smart – used by thousands of self-employed 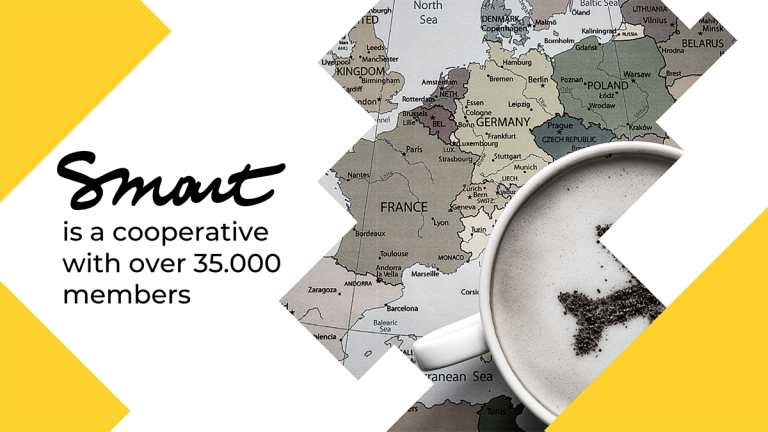 Smart, born in Belgium in 1998, was originally a non-profit formed to provide administrative and legal services to artists and cultural creatives.

Smart, born in Belgium in 1998, was originally a non-profit formed to provide administrative and legal services to artists and cultural creatives.  Over the last 20 years, it has grown to encompass over 35 000 members around Europe. It has evolved to link individuals with many talents and skillsets, encouraging collaboration opportunities through a shared enterprise model, based on the principles of mutualisation, solidarity, flexibility and social protection.

The movement from the original model took about 10 years to advance into what Smart now offers professionals with varying skill sets. The distribution within Smart currently sits at 40% in the artistic sector while the remaining 60% is made up of varying sectors. Having widened their offerings from administrative and legal support, Smart now also includes training, coworking spaces, financial support on projects, as well as business and communication advisors. Smart has increased the territory in which they operate to nine European countries, including Germany, Italy and through a key alliance, France.

Secrétaire General at Smart  Yvon Jadoul has been working there for over two years and is passionate about furthering the brand. He comes from a government background and initially served as a political advisor to the CEO until his current position took shape. Yvon shares admiration for the entrepreneurs, freelancers and creatives who work bravely to grow their business and through Smart this effort, providing sound business support while these individuals develop their business to the fullest.

The advantages of using Smart include the mutualisation and solidarity between entrepreneurs and freelancers that is developed – their motto is ‘Unity makes us stronger.’ Additionally, from a legal perspective, especially during a case such as Covid-19, businesses don’t have to deal with the responsibility of their own legal entity – Smart members are less at risk of bankruptcy, backed by mutualisation and solidarity through Smart, and are therefore less exposed as a business.

The core function of Smart is to help freelancers and creatives develop their business, Smart offers advisers as well as the tools to invoice and draw up service level contracts. It is profound how the lingo has developed, the drawing up of a ‘Smart contract’, is evidence of the role the organization plays in the industry. And, as an entrepreneur developing a mid to long term project, there are business tools and resources available to better the process and outcome of the project.

Smart benefits its members by sharing the flexibility and learning it picks up from countries around Europe. In a specific instance in France, the need for introducing longer-term contracts became prevalent. Thus, providing an opportunity for better social protection when applying for personal and business loans. In the cooperative model, Smart follows, creatives and entrepreneurs come together to stimulate project development. It is part of Smart’s vision to ensure a diverse dwelling of minds to encourage collaboration.

Yvon believes that Smart provides answers to a reality faced by the lesser majority of workers, who experience uncertainty in social protection. Smart addresses key issues with authorities and lobbies for fairness and the modernisation of the law to accommodate modern workers. These efforts are making a difference as they are seeing the slow evolution of governments in this respect. The Brussels government is one of these, offering economic help to freelancers and models similar to Smart. In a recent article published in France, titled ‘Solidarity in the world of war to face crisis’, awareness is picking up around the important role the Smart is playing in the new age working world while serving thousands of self-employed.