#EFWeek kicked off with the official 2020 Manifesto launch 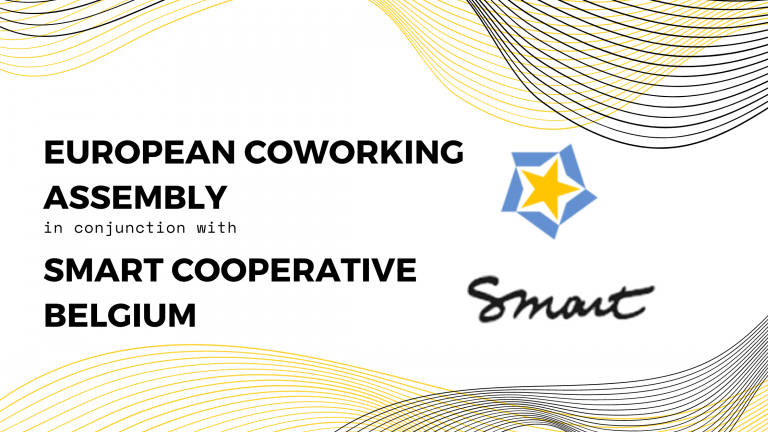 The fifth European Freelancers Week (#EFWeek), kicked off on Friday, 16 October with an event held by the European Coworking Assembly, in conjunction with Smart Cooperative Belgium, where it officially launched the 2020 Freelancer  Manifesto.

The Manifesto highlights the need for governments, businesses, and other stakeholders in the European economy to find ways to manage the changing face of work with the increase of freelancers in the workforce.

“It is critical that policy be formulated, and contracts designed that will incorporate new innovative approaches and solutions being developed, mostly by freelancers, on a daily basis to meet the challenges of the rapid changes we are facing,” says Jeannine van den Linden from the European Coworking Assembly.

The inaugural European Freelancers Week began with a Manifesto and given the dramatic change we have witnessed since then, we thought this year’s event should kick off with a new one, that reflects today’s environment which is nearly unrecognisable from five years ago, she adds.

#EFWeek is the largest annual celebration of independent work and aims at empowering the self-employed. The events are designed by freelancers, for freelancers, who we believe are the drivers of innovation and change in the way we work every day.

It also seeks to shine a spotlight on the fact that independent professionals do not enjoy the same benefits that their full-time working counterparts do, as well as the sense loneliness and isolation when having to navigate the journey on their own. “Others struggle to set competitive rates. All lack protection in terms of sick or annual leave, and some struggle with complex regulatory and tax systems,” says Sarah de Heusch from Smart Belgium.

Freelancers do not have the same income security. In fact, when times are tough, freelancers are the first on the chopping block when budgets are slashed, or departments rationalised. “But freelancers are highly creative, drivers of innovation and our best bet to change our economies in line with the environmental and social challenges our planet is facing if only as a society we support them and provide them with a sustainable ecosystem. This can be done through self-organization of freelancers, but it also requires adapted policies,” continues de Heusch.

She says this is why the #EFWeek Manifesto is so critical, as it provides a uniform declaration of the recognition and policies, we are campaigning for all the freelancers, including those who choose to work as salaried workers within shared enterprises. “Policies are not grasping the new generations of freelancers, and much needs to happen at a political level to accommodate this challenge. The opportunity to reignite the plight of freelancers is one that Smart is happy to participate in.”