How Do People Really Feel about Working from Home 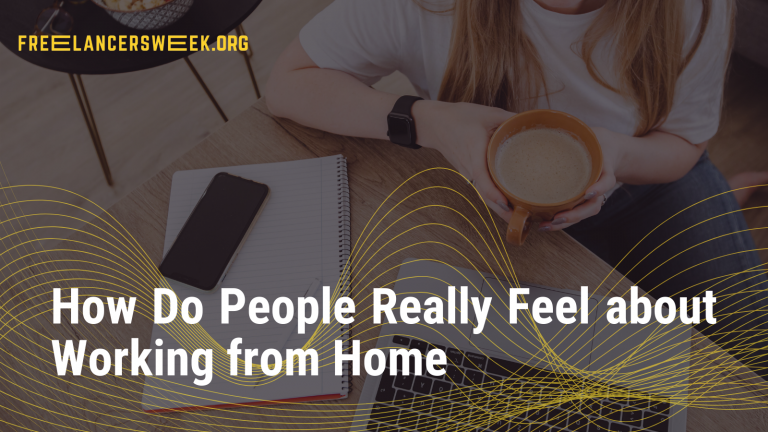 By now it is clear that the changes in how people work have been cemented by the global pandemic.  But it is interesting to have a look at how permanent the changes are likely to be. Remote working has become a norm for many people. But with most countries now administering vaccines, will returning to the office be an option?

Freelancers have long chosen to work from home or a coworking space, also before the pandemic. It is for them just the norm and many freelancers don’t even question whether it is a good idea. Those who were previously office-bound workers but were forced to work from home during lockdowns had to rapidly change their working environment. They had to quickly get used to their new way of working and some weren’t really equipped for this “new normal”.

The question is: how do people really feel about working from home? It has been over a year now since the changes have been implemented. Many have received the vaccine and are ready to return to the office. One thing is for sure, the annual European Freelancers Week (EFWeek) will still be a digitised event regardless of the vaccine roll-outs.

A survey, done by Glassdoor, focused on how workers feel about returning to the office. There are many benefits when it comes to working from home. But they are sometimes overlooked as many people prefer to be in the presence of others. There have been many people who felt disconnected from their colleagues and from work culture.

Based on the survey done by Glassdoor, 27% of employees voiced that they feel disconnected from their colleagues and 26% from company culture. This shows that many adjusted well to working from home. However, the results also indicate that 96% of the respondents said that they would like to return back to the office. These two results seem to stand in stark contrast to each other.

The need to be back at the office is driven by other factors. Many of the respondents voiced that they are concerned about the future of their careers when it comes to working from home. As many as 30% of those surveyed admitted that they fear not receiving a promotion when working from home.

Speaking of quitting, 17% of respondents said that they would consider quitting their jobs if their employer required that they work from the office five days a week – regardless of Covid-19. This shows how many people have adjusted to their “new normal” and how companies should adjust their work policies.

Just looking at the statistics provided by Glassdoor, the majority of employees are not happy with working from home and would prefer to rather work from an office where they can have social engagements with their colleagues.

How do freelancers work then?

So how have freelancers been working? Remote freelancers have always had the option to work from home, but the truth is that many make use of coworking spaces or other places than their own homes. There are quite a few reasons as to why this is a reality. One is that it brings freelancers closer to the community.

Coworking spaces are beneficial to freelancers, as it offers them a sense of an office as well as a sense of responsibility. When they make use of local coworking spaces they feel connected to the community as they are able to engage with others, and also support their community financially.

When looking at the study done by Glassdoor, it is no wonder that freelancers also prefer working from an “office” as it ensures a work environment where they are relieved of their daily chores and usually aren’t bothered by other duties such as looking after their children.

The annual EFWeek is digital

While most people are still home-bound, it creates the perfect opportunity for them to attend the sixth annual EFWeek that will be taking place on 18 October 2021. This year, same as last, we have decided to encourage online events.

There are two main reasons for this. One, the obvious reason being the global pandemic that is still forcing events to be online. And, two, because it allows flor freelancers and independent workers from all over the world to join and host their own events.

This year brings Elina Jutelyte, founder of  Freelance Business Community and Freelance Business Month, Ed Goodman of Freelance Heroes, and Robert Vlach of Freelancing.eu, and so many more. “Collaborating with EFWeek,” says Elina Jutelyte, “has opened so many doors for both of our organisations. What allows us to work together is our drive to enhance the freelance community and ensure that the community strives. We also want to see the community find their voices.”
EFWeek can help freelancers find their voices and host events to stand up for what they believe in. By registering your event with EFWeek and inviting your community to attend your event – we can help you to stand up, show up and speak up. These events are focused on bringing together the freelance community so that similar experiences can be shared and discussed through the EFWeek platform in the form of events.

For additional reading see: Your home and your wellbeing: how to achieve a work-life balance while working from home