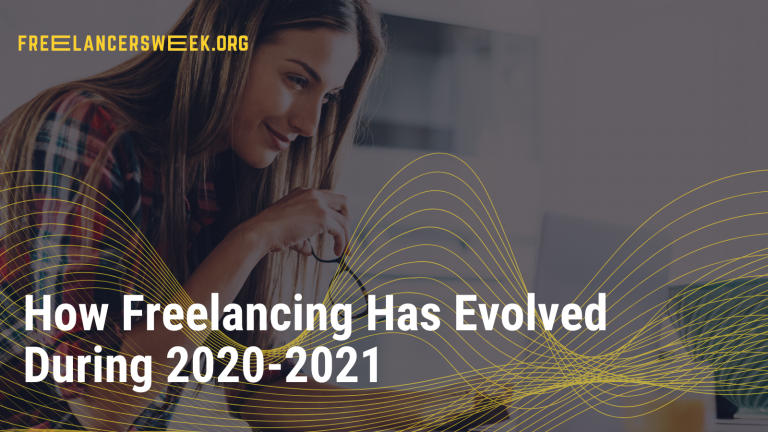 The global pandemic has caused many employees to work from home, and has also led to many being laid off. This means that many people are looking for alternative ways of income. Because most formerly employed workers had industry knowledge and needed skillsets, they were able to quickly pivot in picking up freelance work.

The annual European Freelancers Week  or EFWeek is a freelancers’ community where freelancers have the opportunity to engage with others just like them. The EFWeek has also been impacted by the global pandemic and we have seen some changes in the way that the community operates. Not all changes were for the worse, the event was forced to become a digital event — and that means that freelancers across the globe can now attend events, host their own events, and be part of the freelance community.

EFWeek is not the only element of the freelance community that has changed. So, here are some other things we have seen that have changed since the start of 2020 in the freelancing sector and how freelancers can keep up with what the new era has brought.

Brexit has brought about many changes for freelancers and independent workers. It has created uncertainty, cash flow problems and even loss of clients. To ensure that Brexit does not completely get you under, take a look at the UK Government’s site to completely understand how you should do business from now on.

Because of the change that came with the global pandemic, corporations have felt and acknowledged – some for the first time – the importance of freelancers. This was due to companies experiencing a loss in income and having to outsource talent to get some of their work done.

Freelancers are easy and quick to source and are the obvious solution for most companies. This meant that freelancers finally got the attention they deserved. This also led to companies seeing the work ethic that most freelancers have and their capabilities.

Additionally, this has led to the growth in other sectors, like coworking spaces. Some freelancers like to make use of these spaces due to a myriad of reasons, one being the peace and quiet it offers.

The sudden growth in the freelance sector has led to it being a strong provider to the European economy. This also means that there is more talent available now than there was five years ago.

More competition is not always a bad thing, it leads to good competition where freelancers can press themselves to perform even better than before and creates the opportunity to collaborate. And through doing this, it creates more awareness and elevates the freelance community.

The sixth annual European Freelancers Week  will kick off digitally on 18 October and will continue until 24 October. It creates an opportunity for freelancers across the globe to access events intended to connect, encourage collaboration and celebrate the industry. This creates a stronger freelance community to support  the world’s economy, locally.

Freelancers are valuable to the economy of any country, however, not everyone is aware of its importance. That is another reason that EFWeek exists – to create awareness of the community and to give freelancers a unified   voice which they can use to stand up for what they believe is right.

Ed Goodman, founder of Freelance Heroes, will be collaborating with the EFWeek team. Freelance Heroes started as a Facebook group for UK Freelancers to communicate and give advice to one another. Goodman realised the potential that the UK freelance community had and teamed up with Annie Browne.

“Freelancers are the backbone, the heroes of our society. They deserve to be recognised and appreciated for their work. Even though the conditions have improved, there are still some who are underpaid and left without health insurance. Being a freelancer is no easy task, but creating a community where they can strive, is the least we can do to uplift the sector.” Goodman says that is why he decided to join forces with EFWeek. “I am excited to once again be part of this movement.”
Along with other organisations like Freelance Business Month and Freelancing.eu, you too can be part of this movement by hosting your own event. It is quite simple, all you have to do is to visit our website and apply to host an event. EFWeek will handle the rest.

The European Coworking Assembly is committed to this network of peers, which is improving Europe in an open, collaborative and horizontal way.

The Assembly has a European identity in the broadest sense of the word based on the five values of coworking: