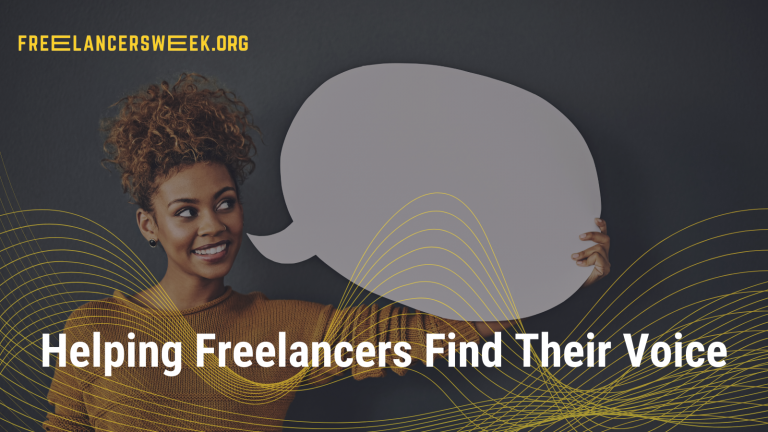 Glen Hodgson, Founder and CEO of Free Trade Europa and Secretary General of Platform Economy/Plattformsföretagen the largest Platform Economy trade association in Northern Europe shared some insights on how freelancers can find their voice.

Free Trade Europa’s activities since start of the pandemic

Free Trade Europa was doing reports and studies on gig economy, project economy, the new freelancing world and the future of work. On the back of that, I pulled together a stakeholder initiative, which brings together users, platforms and the practitioners within the new platform economy.

Free Trade Europe brought together the freelancers of the food delivery and the quick commerce sectors. In the media, we tend to be hung up on people delivering pizzas and foods, on mopeds. However, the reality of the new freelancing world is much broader than that. We have everything from hairdressers, social media influencers, models, beauty industry, architects, the billing and banking sector, and the insurance sector – a full range of freelancers.

Our 35-member association reflects this broad spectrum, and is growing all the time. We are already the biggest trade association for the platform economy sector in Northern Europe.

Impact of Covid-19 on freelancers

The pandemic has caused many of us to move away from traditional nine-to-five jobs and the traditional contract – 1950’s way of viewing the world of work. Since then, we have moved beyond that. There has been more remote working, more digitalisation, more use of technology, and we have become used to the ‘new normal’.

In these 18 months, we have accepted technology, and new forms of work far quicker than we did in 18 years. Less and less people are willing to go back to the status quo ante, and they are looking for something new.

The platform economy in the new freelancing world gives opportunities for this. Of course, there are platforms that are addressing the rights and responsibilities and things that need to be fixed within the freelancing model. However, freelancers also need to be able to put their views forward and have a grouping or a movement that can articulate their thoughts, needs and some of their requirements, as we progress.

In Northern Europe, freelancers are seen as second-class citizens because they are not considered as good as traditional employees.

This is something that we are addressing, that the same rights, responsibilities, and safety net protections can be in place for the freelance world as it is for regular employment. There is no reason why freelancing needs to be precarious and less good as a lifestyle and a career choice.

Have European perceptions of Freelancers changed?

Yes, it is definitely in transition. There are more and more companies, startups and even larger organisations, realising that they need a freelancer strategy. They realised that they need to have individuals who can come in on shorter term contracts to be able to deliver value, impact, and to be utilised for their skills, knowledge and expertise.

There is still a long way to go before we get there. Many traditional industries do not see the importance of this. Moreover, HR departments are some of the slowest to be able to accept this, as they can see it as a threat and a complication.

Therefore, there is a barrier in certain cases, but it is inevitable that this is going to change and develop. We have already seen the exponential rates of freelancers being taken on in corporations, and even in the public sector. This is something that is expanding all the time.

The big change has come from individuals themselves who are trying to find a place in the workforce. They see this as a realistic opportunity, whether they are young people, or immigrants, or even older people. We are seeing all these categories are utilising the platform economy, to be able work in a slightly different way, and they are reaping the benefits of it.

Just look at the politicians, who were sceptical to begin with in Europe. Some of them still are, but many politicians have shifted their thinking. They have changed their thoughts from “this is a terrible idea” to “this could be a solution for much of the integration, unemployment, and lack of opportunity issues.”

Much tax money has been spent on schemes and ideas, which just have not worked. Therefore, people are looking at this more seriously as maybe an option or a solution; the mental and the structural change is underway, but there is still a long way to go.

By making use of freelancers, companies get feedback that is more dedicated on projects. They also offer concrete projects with a beginning, middle and end. Organisations can evaluate the return on investment, and the impact it has had on the organisation.

This is great for the organisation but also great for the individuals. Projects can be completed much faster and organisations can learn from the feedback that they receive. It also helps organisations to develop and keep themselves current and relevant. It is something that is sometimes lacking in the traditional economy, yet another benefit that should not be underestimated from a career development perspective for individuals.

Which changes will help the economy?

The genie is out of the bottle in terms of the freelance revolution, the freelance movement. It is not changing again any time soon. We are going to see a move away from traditional working environments, but this is not just going to disappear.

Quite the opposite, there are some people who like to have a job, where they can just go in nine-to-five, do it five days a week and zone out on weekends. There is nothing wrong with that, there will be a place for everything.

We are going to see an increase in the percentage of the workforce who has more of a gig platform approach to what they are doing. They will be working for several people doing different things, with a balance in the different sectors.

From a change that needs to happen to facilitate this newfound way of working, a few things need to be put in place. First, we need a regulatory framework that harnesses this power and supports it. At the same time, the necessary protections that should be in place are things such as data protection and financial services for gig workers.

Freelancers need social security protection and access through banks and insurance – to have coverage to make sure they are not more at risk than they need to be. It will create the opportunity for freelancers to apply for loans or borrow money for housing or even larger capital expenditure. In the ideal world, the bank understands that freelancers have a working model, which is a little bit different from the traditional sector. This does not mean that they should be excluded from financial service.

The skills, knowledge, and expertise that can be gained within the platform economy can be transferable to the traditional economy. An important element is that it should be respected and understood, which is what is going to make it attractive for people.

It will be a legal acceptance, a mental acceptance among employers and individuals and an understanding of the change in the world of work. This crucial thing will underpin all these developments to move forward.

This has already begun. We are not talking about 20 years here, we are talking about five years, and it is speeding up all the time. If we look at the growth rates in Europe, there is a huge change, where we are almost approaching the tipping point of understanding and acceptance. Politicians, trade unions, and federations are slow about this and do not really understand it, both in terms of the size and the operational perspectives.

There needs to be deep thought about this, and not a broader sort of helicopter view. Everyone needs to understand that the world of work has changed and is bringing about a structure, which fits the new way of working. It is not just tinkering with the old-fashioned rules, regulations, and framework, which have been there since the Industrial Revolution.

We need to think differently about the sort of fundamental change, which has been brought about by technology and we need to think deeper. It is necessary to be able to rethink the reality that we have today and put in place the root and branch changes, which are necessary to accommodate what is happening now. 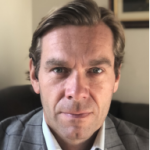 Glen Hodgson is British and Swedish and has spent some time in both of those countries, as well as France and Belgium.

After he finished university, he went on to work in the European Parliament as a Policy Assistant. He quickly moved to the private sector, where he looked at lobbying, Regulatory Affairs, legal and policy topics.

He was in Brussels for 12 years, and worked as Secretary General for the European Trade Association. He moved on from lobbying to offering a full suite of communication services and bringing in marketing, brand building, and corporate communications.

Glen then moved on to taking on the responsibility for the Nordics, Baltics and Central Eastern Europe as an EMEA Director within a US Agency.

He was searching for something new and came up with Free Trade Europa, which is a think tank.

In 2020 the European Coworking Assembly ,  stepped in as the coordinators of #EFWeek.